Mandela, Music and Me

In these last days of mourning the passing of Nelson Mandela, I wanted to share one of my memories.  Growing up in New York, there was a Caribbean radio station called WLIB. At that time, the station did not broadcast 24 hours a day.  When they signed off, they would play the song “Free Nelson Mandela”. It was part of the soundtrack of my life.  Then one day…Mandela was free.  The freedom cry became real.

So while reading this article from the LA Times, I took a look at the video of Amy Winehouse performing that song with the band at Mandela’s 90th birthday party.  I had chills (partly because of her amazing voice, gone too soon), but then began to cry from the memory.

Rest in Peace Madiba…you affected so many, and in such a positive way….

I feel such deep sadness at the passing of Nelson Mandela.

To me, he was a model of strength, perseverance, and above all, forgiveness. He forgave those who imprisoned and tortured him for 27 years, freeing his mind to do the unimaginable: uniting a deeply divided country. 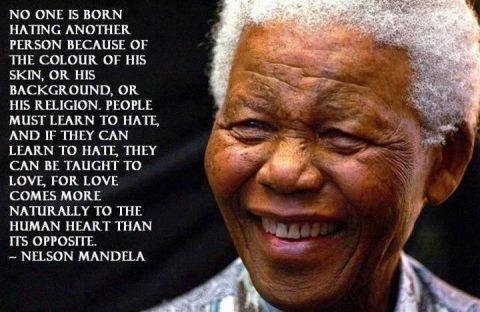