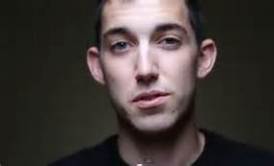 Matthew Cordle, who made headlines with his YouTube confession to DUI manslaughter, received a six and a half year sentence today. He was facing a maximum of eight and a half years.

I originally published this article back on September 16, 2013, but I think it bears repeating.  The original link is at

Enjoy, and tell me what you think!!

This week, an Ohio man was charged with DUI manslaughter by prosecutors.  He had released a video online confessing to killing of a man while driving drunk. This viral-video hit the internet on September 3, 2013, and very quickly became a topic of controversy.

In August, a South Florida man killed his wife, and then posted the pictures of her dead body on Facebook. In his status update, he made reference to her hitting him, and that he hoped others would understand what he did.

We all heard how the texts and pictures taken in the Stubenville, Ohio rape case helped show what happened to the victim, and resulted in a guilty verdict.

Online confessions are great for a prosecutor. It’s solid evidence, especially when linked to the physical evidence (like DNA, weapons, or fingerprints) and eyewitness testimony to a crime. It’s the defendant, front and center, admitting to his or her actions. As long as the video can be verified as coming from the defendant, whether through his/her social media account or computer (which is relatively simple to do), it is admissible.

Why this rash of confessing on the internet? One part of it is a guilty conscience. There is an old phrase, “loose lips sink ships”. Unless you are a hard core serial killer, the burden of carrying the fact that you took a life is very heavy.  The killer needs to share this burden with someone.  People need to talk…and this always gets them in the end. Many cases solved that way.

Also, there is the fame. In this world of reality television, where folks are being paid to party, fight and bring the drama, the old standards required to become famous have vanished. For instance, the Ohio video confession has hit close to 2 million hits on YouTube.  If it was purely about doing the right thing, why not just go down to the police station, tell the officers on duty what you have done and surrender quietly?  Maybe those who confess in this way think they will make some money with a movie or a book. If so, they are in for a nasty shock…most states have laws prohibiting incarcerated convicted offenders from profiting on their crimes.

Lastly, and not necessarily separate from the above two reasons, maybe the supposed killer wants to get his or her side of the story out. In the South Florida case, it appears from the confession that he may be setting up a defense that he was an abuse victim, and acted out. He may have figured that since he was going to get caught, might as well set up his defense in advance.  Time will tell on this issue.

Both men have pled not guilty at their first appearance in court, but should not be judged based on this. It is a procedural act that is done by the defense attorney, and does not mean that they will not change their plea later on down the line.

Online confessions, no matter what the underlying reason, help close cases.  Before, if a killer wanted to confess without going to the police directly, they may tell a friend or family member who may hold the secret for a long time.  Families of the victims may wait years, or may never get closure. This is an example of technology working for good.

As painful as it is, keep those Internet confessionals coming.